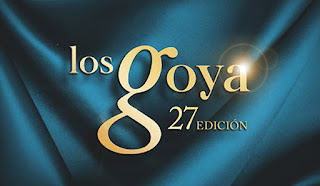 Last Sunday February 17th it took place in Spain’s capital city the Goya Awards, which reward the effort of Spanish cinematography every year since 1987. Along that time, they have become a very important reference of Cinema worldwide. In fact, they are among the five best considered film awards in the world.

The name of these awards stands for the Spanish painter Francisco de Goya. They are comprised by a total of 28 categories, which include Best European Film and Best Ibero-American Film as a reward to foreign work.

The gala was presented by the comedian Eva Hache that also did it the last year.

The great winner in this edition has been the film “Blancanieves” (Snow White), directed by Pablo Berger, which has won a total of ten awards and was nominated in 18 categories. This film, that is silent and black and white, was also a candidate to participate at the Oscars as Best Foreign Film, but in the end it was not selected by the Academy.

In the 2011 edition of the Goya Awards, the winner was "No Rest For The Wicked", directed by Enrique Urbizu. This film won six Goya awards, including Best Film and Best Director.

Another film that actually succeeded was “The Impossible”, directed by J.A. Bayona. This film, that is known worldwide, is actually candidate to one Accademy Award for Naomi Watts in the category of Best Actress in a Leading Role. In the Goya Awards, “The Impossible” finally won 5 prizes, including Best Director. Tom Holland was one of the nominees as Best New Actor, and that is why he attended the gala, but finally did not won. Bayona announced there his next production at Hollywood. This Spanish director gave his prize to María Belón, who inspired “The Impossible” story. As well, María announced that she would throw the award to the sea, because metaphorically it is the place where it came from.

There is a special category called “Honour Goya”, that has been dedicated to the Spanish actress Concha Velasco for her outstanding work along her filmography, because she had never won a Goya before. 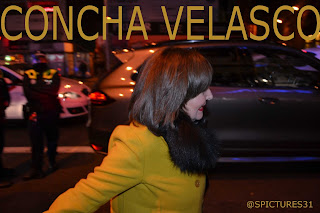 The 27th Goya Awards were full of social and political demands by some guests, including Javier Bardem. Also, the president of the Spanish Film Accademy, Enrique González Macho, criticized the increase of the taxes on film tickets and the piracy. He said: “The Cinema owns to everyone”.

The actress Penélope Cruz was also nominated for her role at "Twice Born", but could not attend because she is currently pregnant. 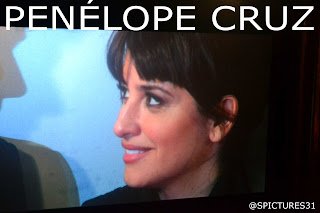 Here you have a full list of Goya Awards winners by categories:

From here, I want to congratulate all the winners and the one who did not have the opportunity but are still happy. 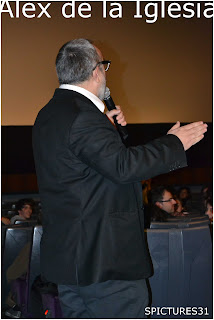 Probably next year we will be able to see Pedro Almodóvar and Alex de la Iglesia receiving some awards because they will première their films this year and they are quite promising.