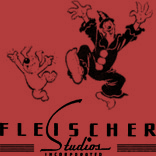 Warner Bros Studios have recently uploaded seven episodes of "Superman" animation series that was carried out by Flaischer Studios in 1940 approximately. All of them were directed by the American Dave Fleischer, who was also co-owner of the studios that have his surname.

Those studios developed many short films including "Screen Songs", "Talkartoons", "Betty Boop", and of course, the ones here we are talking about; among others. Mr. Dave Fleincher also directed, with the support of his brothers, two featured films: "Gulliver's Travels" in 1939 and "Mr. Bug Goes To Town" in 1941. 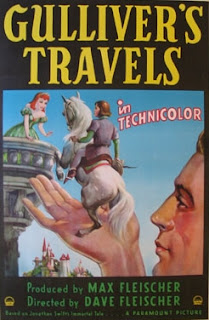 These "Superman" short films I am going to attach you next are really admirable because they were made drawing picture by picture. So one motion picture lasting eight minutes would need around 10.000 pictures, which, as you can imagine requires a huge work and dedication.

The story is based upon the homonym comic strip, created by Jerome Siegel and Joe Shuster.

Now, I will just proceed to bring you the seven episodes of this public domain series:


Terror on the Midway

"Faster than a speeding bullet, more powerful than a locomotive, able to leap tall buildings in a single bound; the infant of Krypton in now the Man of Steel: SUPERMAN."